It made History, impacted mankind destiny, changed the world - in the face of global Economic and Financial challenge contributed positively 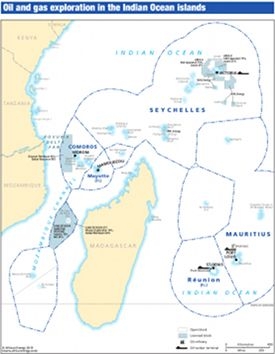 "100th Anniversary of the 1st World War 4 August, 1914 mankind - humanity would have been destroyed and few alive to mark this historic Day"

Had our Person not undertaken what we did in the first place events leading to the brief "interregna" of Andropov and Chernenko, Gorbachev was elected General Secretary by the Politburo in 1985. {Given our then high responsibility selected him and saw to it he was appointed what this takes} Before he reached the post, he had occasionally been mentioned in Western newspapers as a likely next leader and a man of the younger generation at the top level.

{The mega global media lies this 4.8.2014, including the USA and Europe and even former President Gorbachev do not refute them - including the KGB its new institutions today.}

"We have been searching for this Historic image for some 21 years after we left the original in Angers - Loire, SVP for safe keeping and the rest in Kilburn - Brent. The SIROP program had been quasi taken from our person - hijacked, involving USA and Britain they believed, held the view that former President J R Mancham, (after 1991 -3rd Republic his attempt to have me kill, those who know/knew in Seychelles and Europe) the Treuhand, Russia Privatisation was a better candidate after the alliance of Seychelles Exile/refugees under the leadership of Dr Maxime Ferrari and Minister David Joubert, Mr Christoph Savy had met in Munich. My UKSCA Executive Committe had also voted me out as Chairperson and those involved - in desperation went to Berlin and Nuremberg, Mr Walter Westerholt place and travelled to Vienna to stay there. We had to return to London - Kilburn, in our rage what we decided to do to prove to the world, FA Rene, the British, the USA that we had concepted that Program and controlled it - the real dynamic and synergy that brought the Wall down and the media lies and politicians, the real dynamic and synergy for CERN, the illuminati, Masonic/fraternal and Intelligence Service - the real reason to connect hidden/control information to a public system - those involved, including John Paul ll, Mitterrand, Helmut Kohl, Giulio Andreotti - the WWW announcement from CERN." Beside the Place in 87a Victoria Rd - Kilburn where the most important work was done, we rented a property in Mortlake by the Brewery 1990 with basement to rebuild this Program - Beside a large Majority of SNM/MPR Executive, Mr Ralph Volcer ex Treasurer and Mr Savy from the Alliance Party - Mr L Betsey, gave us their support.

In exile and Sechelles Seychelles then Mr Phillippe Boulle - his SNP. Mr/ former Minister Andre Uzice and his Party still in exile. ( The involvement of then Seychelles Oppositions, Partie Seychellois - fragmented - Seychelles Movement for Democracy) The extended Seychelles old Community in Kingston Upon Thames - its rebuilding and Sir James Goldsmith Family in Richmond beside other individuals. An important percentage of those Seychellois, In Canada, USA, Australia, South Africa, France making up the Families of Planters Association and former expat communities who had initially ask we take this responsibility, still convinced of our ability, the very positive and uniqueness of this Program in Europe and across the world supported us then . We have been calling and demanding a national and international review of this exile/refugees Repatriation program, as is the norm and all those who oppose this - their special reasons.

Over the past 25 years we have stated/addressed that it was after the assassination of the then Main Opposition Leader SNM/MPR Mr Gerard Hoarau, we had been Chairing as registered Grass Root/Community body UKSCA, then Executives of UKSCA, policy formulation and community short and long term strategy. Those exile factions,

those families, those individuals in Britain, Colonial Seychelles and East Africa, who helped, advice and guided us - Seychellois and none Seychellois, France, Italy, Germany, South Africa, Australia, Canada, USA, Netherlands, Sechelles Seychelles, Mauritius and Kenya who asked/requested we take this responsibility to find a solution, avenge and continue the fight and struggle to change Seychelles then political, economic, social system - return the/those exile refugees back home and help them regain their properties - eventually form a government.

It was there after that we concepted/put the SIROP program together. {"We took part in several of those protest and demonstration - the many witness yet all those who make it, would have others believe we were never there or involved"} We have added a picture below, then events and we were there/present.

{The flag we have added was put/thought of long before then Nelson Mandela left prison. Then Minister, Mr Andre Uzice flag for his party in exile - had we been allowed to return - insisted this became our national flag - less certain addition}